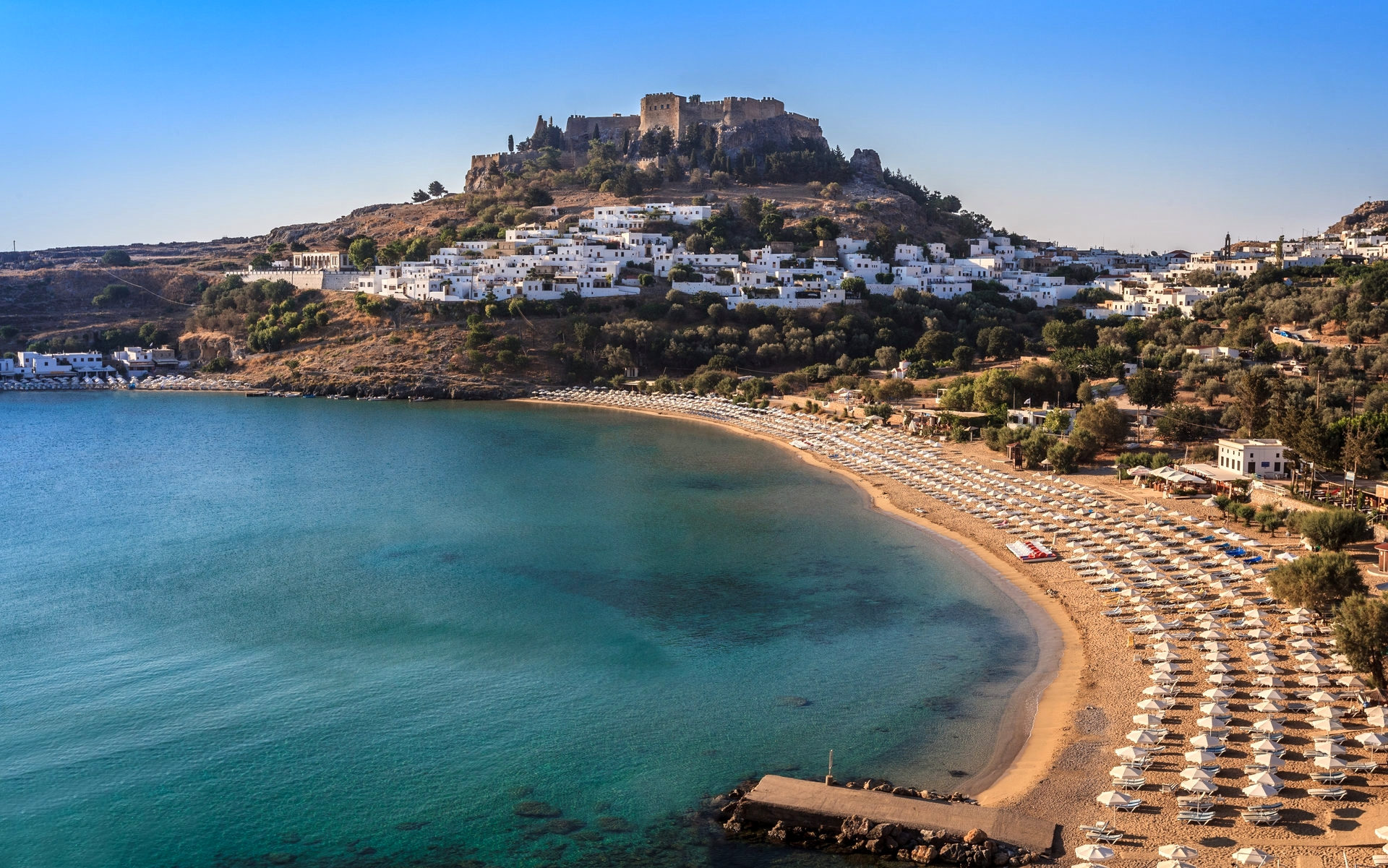 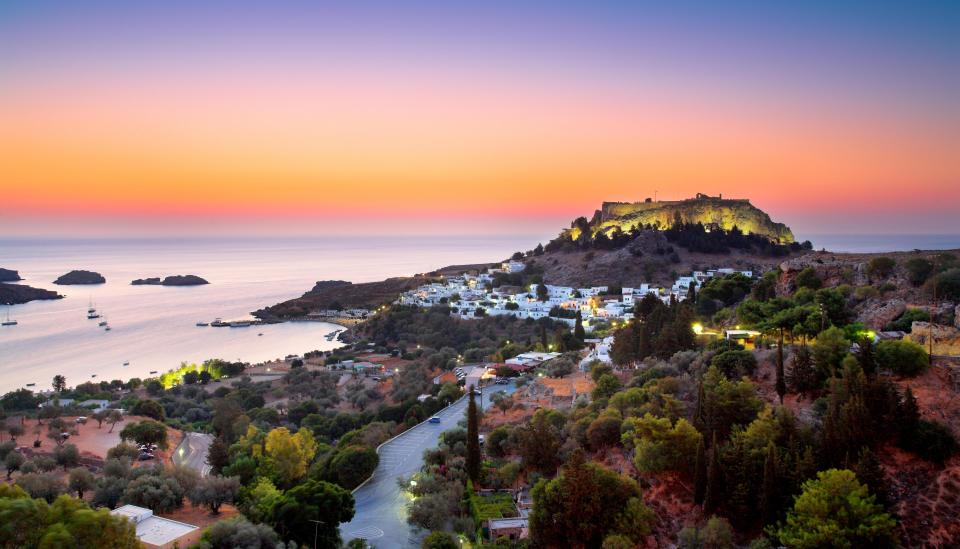 Your Dream Vacation is Here

The charming village of Lindos is renowned for its traditional Dodecanese houses and picturesque location overlooking a beautiful gulf. Lindos is located on the southeast coast of the island of Rhodes and is approximately 50 kilometres from the island’s capital, Rhodes Town. The village of Lindos is one of the island’s biggest tourist attractions and has perfectly preserved its medieval character with cobblestone streets, whitewashed houses and donkeys that transport tourists to the top of the acropolis. The Acropolis of Lindos is dramatically perched on top of a steep cliff overlooking the village of Lindos. Inside the walls, the ancient temple of Athena and other important monuments are housed a trip to the Acropolis of Lindos is not to be missed by visitors to the island. There are also three different swimming coves to choose from in Lindos where you can cool off and take a refreshing dip in the crystal clear waters of the Mediterranean Sea. The nightlife in Lindos is second to none the village is hopping until early dawn and has a plethora of bars, restaurants and nightclubs to choose from. 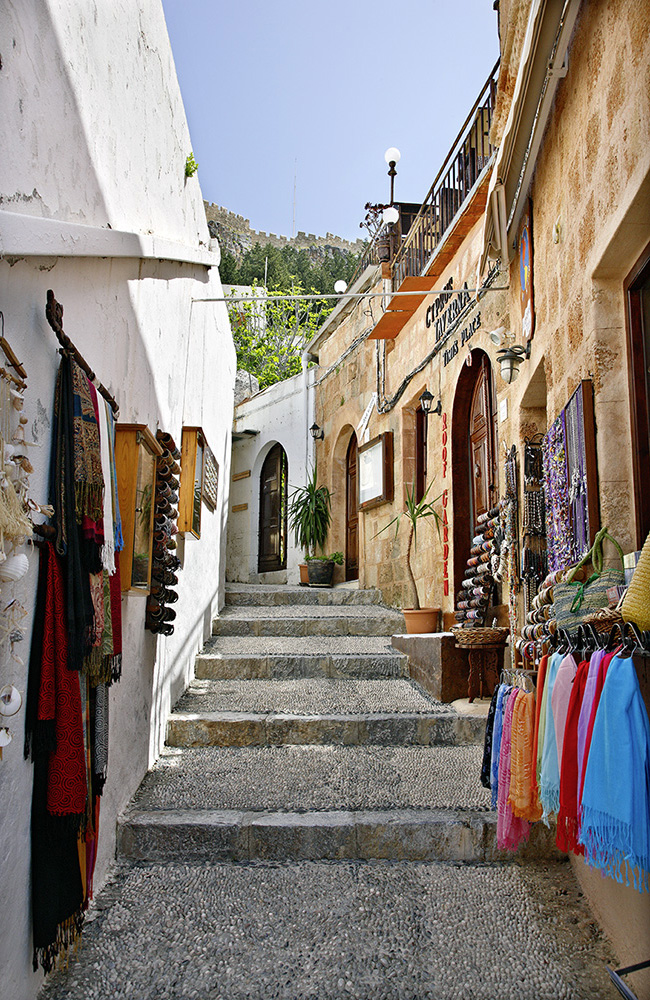 Rhodes is the meeting point of three continents – Europe, Asia and Africa. Rhodes is the largest of a complex of islands in the southeastern Aegean, ranging from the large to the tiny and numbering over 200, known as the Dodecanese. The name means ‘twelve islands’ and refers to the principal inhabited islands – of which there are, in fast, thirteen. It is believed that some of these islands ‘broke away’ from the mainland of Asia Minor while others rose from the sea as a result of earthquakes in the remote past. Rhodes probably rose from the sea after some such tremendous upheaval and was also, perhaps, at one stage linked to Asia Minor. This conclusion is supported by the fast that seashells have been found on its mountain sides. The island’s highest mountain is Atavyros (1,215 m). The present population of 100.000 manage to entertain more than 1.250.000 visitors a year, visitors who come to enjoy, the natural beauty of the island and to learn something of its long history.

The Order of the Knights of St John was founded as a charitable brotherhood in Jerusalem by merchants from Amalfi, in Italy, who were permanently resident in the Holy City. The period during which the Knights ruled in Rhodes was the most brilliant in their history.
After entrenching themselves in Rhodes, the Knights extended their power over the neighbouring islands and, for a considerable time, over Smyrna. The Knights left imposing evidence of their presence in Rhodes, and gave to the island the particular character it retains to this day, with its impregnable walls, gates, churches, hospitals, Inns and palaces. Their stay in Rhodes lasted 213 years, until 1522, when, on December 29, the last of the Grand Masters, Villiers de I’ Isle Adam, was compelled to surrender the island to Suleiman the Magnificent. The name of the Colossus of Rhodes is familiar to everyone. Its history begins with the siege of Demetrios Poliorketes, successor of Alexander the Great, in 305 B.C. With the money they raised from the sale of Demetrios’ siege machinery, which he had left behind when he withdrew, the Rhodians decided to express their pride in their great victory by building a triumphal statue of their favourite god, Helios. The task was assigned to the sculptor Chares of Lindos, a pupil of Lysippos himself, and twelve years (from 304 to 292 B.C.) were needed to finish it. The Colossus was regarded as one of the Seven Wonders of the World and a masterpiece of art and engineering. However, the statue was only a nine-day wonder, or, to be more accurate, a 66-year wonder. A violent earthquake in 226 B.C. broke its knees and sent it to the ground. The Rhodians, afraid of some curse, did not dare to replace it, and it lay where it had fallen for many centuries. 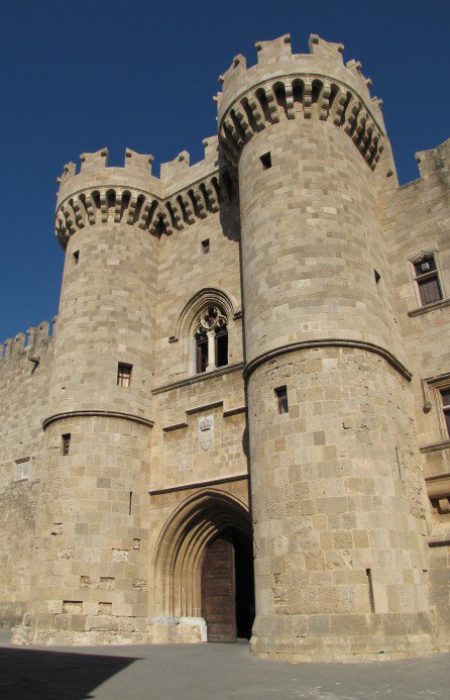